TN70: the alternative in Denmark

Bertel Bovbjerg is committed to a strong and healthy future for the Danish pig industry. The young farmer comes from a family with a long history in breeding and loves the work on breeding farms. That is why he started as a multiplier for Topigs Norsvin.

Bertel Bovbjerg introduced the TN70 of Topigs Norsvin on the Danish market. “We, the farmers, promised our government that we will reduce total mortality in pig production to a maximum of 20% until weaning, including stillborn piglets. Another trend is that in future sows are going to be kept in loose housing during farrowing. With the local genetics that are available, I think this all is not possible. That is why I went for TN70. With this sow, farmers can realize all these challenges for the future far easier.”

Bertel sees that especially the younger generation has another mindset. They no longer focus on high numbers of piglets. They look at total economy. That means looking at the entire operation. How much feed and labor is needed to produce a kilo of pork? They go for total economy.
The TN70 makes a substantial contribution to a better total economy. It starts with the sow who has two teats extra compared to the Danish sows. Also, the piglets born are about 250 grams heavier, and piglet growth is higher before and after weaning. This all leads to more pigs who have higher quality and a higher level of health during the entire life cycle, for example due to fewer movements in the farrowing compartment.

Bertel sees that a growing number of especially young future-oriented producers in Denmark are starting to think about an alternative for the traditional genetics. Everybody has his own reasons. Some want a pig that is less labor-intensive, some want to produce using less zinc, antibiotics or artificial milk replacers, some want to keep more sows within their limited housing, and some need a sow that can thrive in the production for niche markets with loose farrowing housing or outdoor production.
The TN70 with its balanced breeding goal that not only focuses on many piglets born but also on vitality, mothering abilities, robustness, ease of management, and heavy birth weights. So it is a perfect fit for those needs. 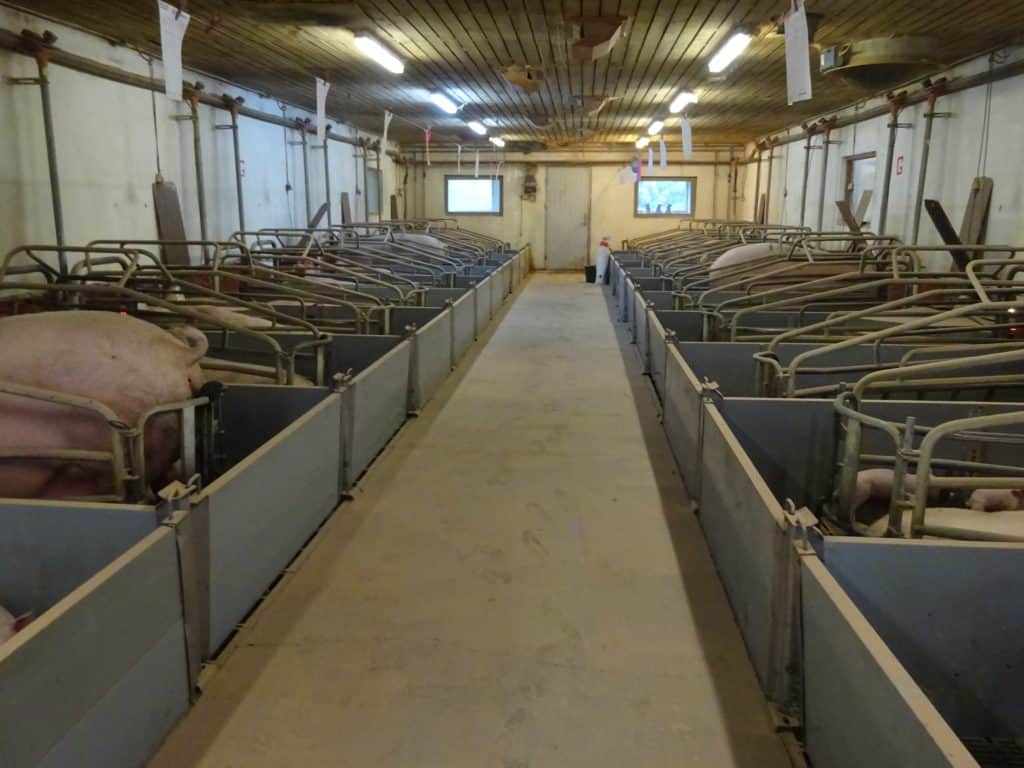